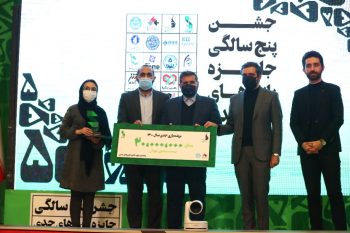 The “Chelcheli” game won first place in Serious Games Festival 2021, the title of “The Serious Game of the Year”, the statue, and the Foundation’s Grand Prize of 20 million Tomans

According to the public relations of the National Computer Games Foundation, the “Chelcheli” game made by the Chelcheli team; which is made with the aim of increasing the cognitive reserves of the elderly (cognitive functions including memory, attention, etc.) has been announced as “The Serious Game of the year”

The juries of Serious Games Festival 2021, which was consisted of Dr. Mahnaz Estaki, Dr. Seyed MohammadAli SeyedHosseini, Dr. Mehrdad Ashtiani, Hossein Mazrouei, Hadi Eskandari, Sajjad Gholizadeh, Behzad Khorsand, and Samad Khatibi, after reviewing the received works in 3 stages, at the end, among 10 finalists, announced that the “Chelcheli”, due to receiving the highest score in terms of the most proper scientific design, aim of the game, acceptable technical quality, and suitable business plan, won the title of “The Serious Game of the Year”, the statue, and the Foundation’s Grand Prize of 20 million Tomans